Sometimes I like to just walk in my city and see what I can see (and with my camera in-hand, to capture and share images of what is to be seen). So it was on Saturday afternoon (2016 February 27). I walked Jasper Avenue from 96 Street to 116 Street, but in this blog post I will focus on a short section of that trek.

It was on the few blocks east of 109 Street that my eye was particularly active, seeing things of interest in some of the buildings old and new:

Sidewalk tunnel on the south side of Jasper Avenue, east of 109 Street

and peeking into the ground floor of the construction site to the south  of this tunnel (left in the above photo): 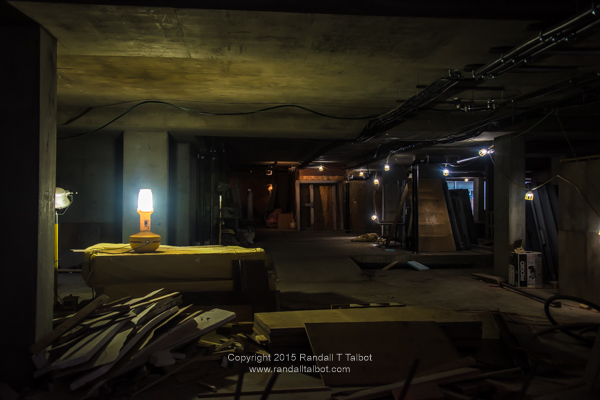 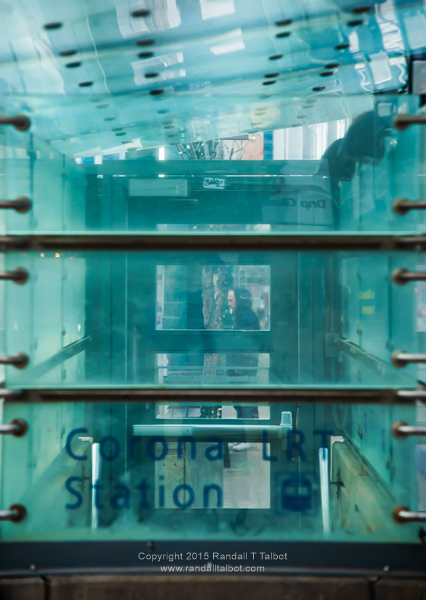 Peering through the Corona LRT Entrance on Jasper Avenue

The decorative brickwork on the MacLean Block (above Audrey’s Books) 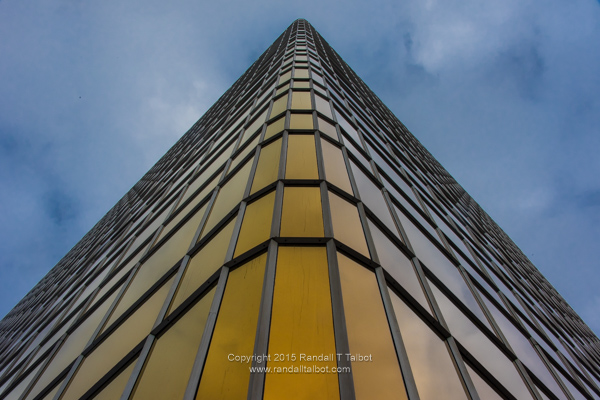 A early afternoon stroll in downtown Edmonton revealed a lot of natural and man-made beauty. 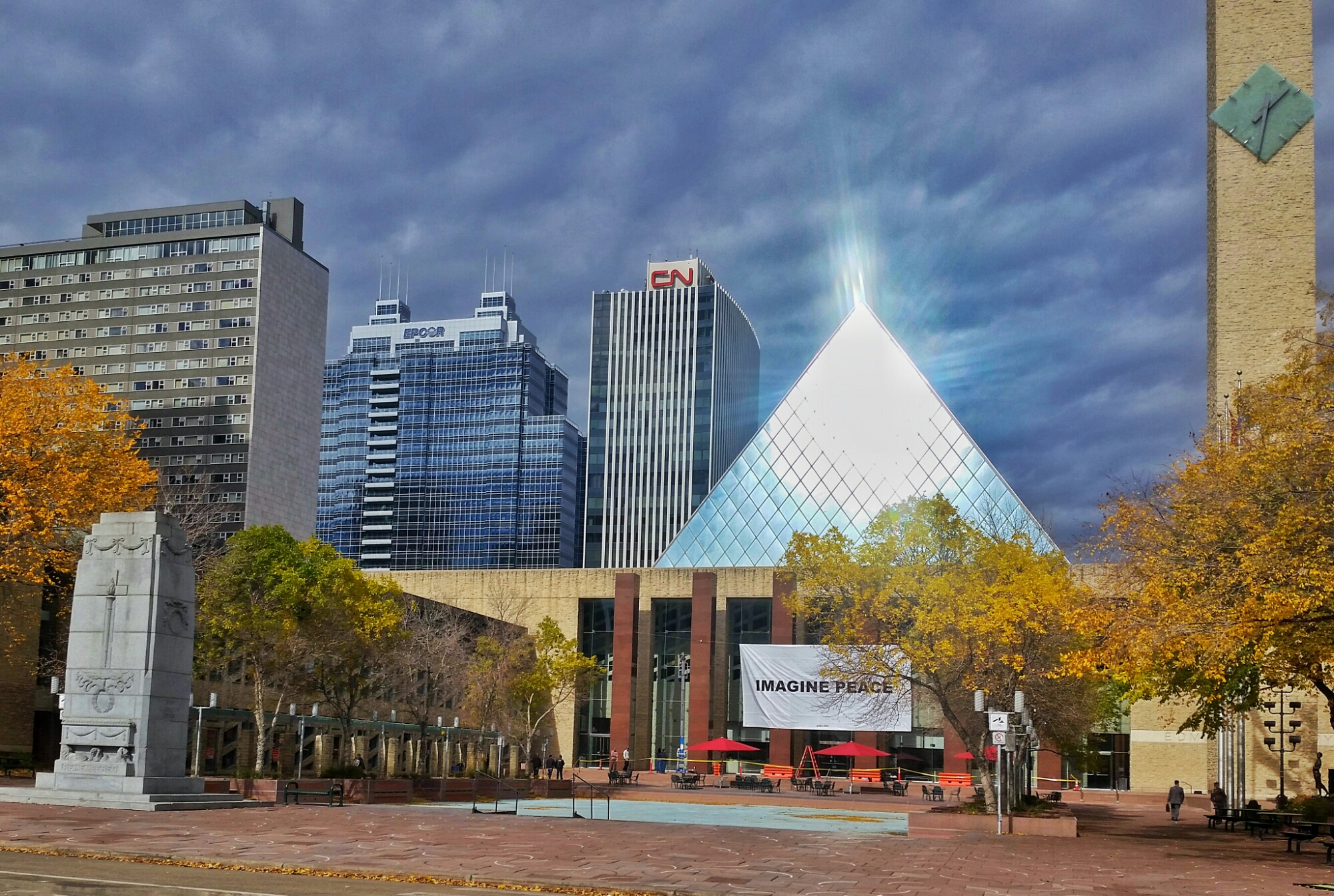 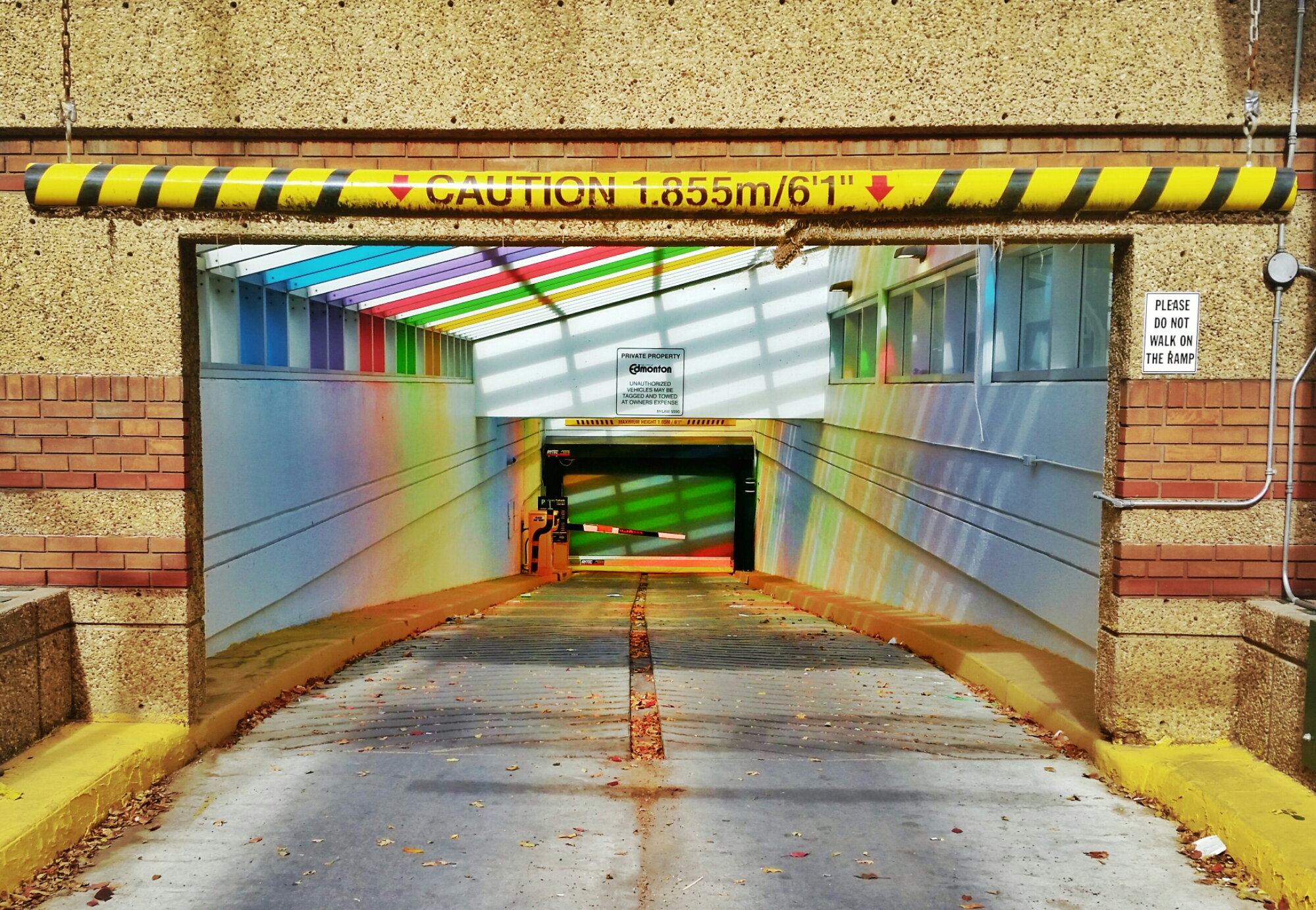 One of the things that most caught my eye was the progress on the Kelly Ramsay Tower construction. Especially impressive was seeing the unveiling of the historic facade at the base of the building.It seems they have done a great job in cleaning up the brickwork and restoring it to its former glory.

“Looking Way Up” – construction on the Kelly Ramsay Tower

the historical facade on the Kelly Ramsay Tower

planters outside the library

I just came across  a blog post that I had started to write exactly 2 years ago, but I never completed it, nor posted it. In November of 2012 City Council had just killed the idea of a new Edmonton Arena, ending negotiations (remember that?) with Edmonton Oiler owner Daryl Katz. Here is what I was thinking about the situation at the time:

I was happy to hear that Edmonton City Council finally quit plans on a new downtown arena but I fear we may not have heard the last of it. Don’t get me wrong, I very much relish a strong and vibrant downtown core but the Katz proposal and more particularly the process – stank!

I have questions. the first and foremost is simply “Why replace”? What is wrong with the existing facility?  This throwaway mentality seems to be general problem. This thinking of a building’s lifetime in terms of decades, when it should be in terms of centuries is a terrible waste!

I could understand a new facility new facility  if it were significantly bigger (in terms of seating capacity).  50 to 100% larger would put the facility in a different class from the Northlands building, but this proposal calls for just a marginal increase in capacity. It is still very much in the same class and therefore unnecessary. We don’t need two facilities in this same size class – until we have two NHL franchises or are regularly turning away touring world class arena concerts. We certainly are not there yet – maybe in 100 years?

Development around arena has been sold as a benefit of a downtown arena. If this is a natural consequence of a big arena, why did it not happen around Northlands? Are there not already enough major buildings, activities, magnets in the downtown area?

I’ve also felt that there was something fishy about the whole arena process and that the City got sucked in. Am I mistaken in recalling that when Katz first bought the Oilers, he said he was going to build a new arena with his own money plus he would put $100 million into nearby development? It sounded as if all the City had to do was support the necessary zoning for the project. By the end it was to the point where the City builds the arena out of tax dollars, Katz gets the revenues from it and pays a small portion of those revenues back to the City  over many years (i.e. nothing out of his pocket!) This is such a radical  change. This is a “bait and switch” of enormous proportion – if this happened to me on a personal transaction I would have walked away much earlier This kind of bargaining tactic does not even deserve negotiation.

I still do not like the process by which the City got pulled in and committed to this project, but I’ve got to say that I am very impressed by the progress in the arena construction  and the plans for development around the Arena District. The City needs more distinct districts in the downtown core and it looks like this one, for business and entertainment, is indeed happening and will be good for the City of Edmonton as a whole.