A walk this afternoon (2016 February 6) through the river valley, revealed a few perspectives of Edmonton that I usually don’t see. For the record, it was a beautiful afternoon – mostly sunny with temperatures well above seasonal averages and well above zeros. There were however very gusty winds and I was worried that if I was standing on ice (of which there was a lot) when a gust peaked I could have gone sailing. Alas I found good footing at the times of the worst of the winds, so no falls and photos that I am pleased with: 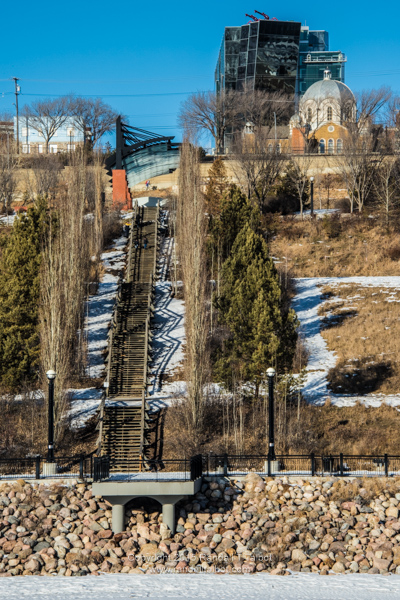 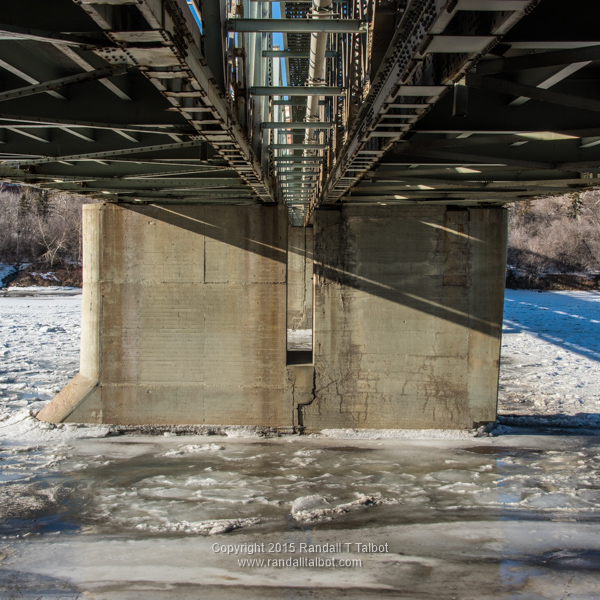 Under the Low Level

Under the James MacDonald 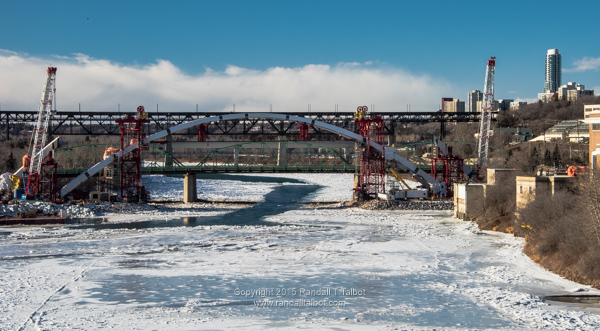 Skyline, Park and Frozen River on a February Afternoon

Watch for an upcoming follow-up post for more Edmonton photos taken this afternoon.